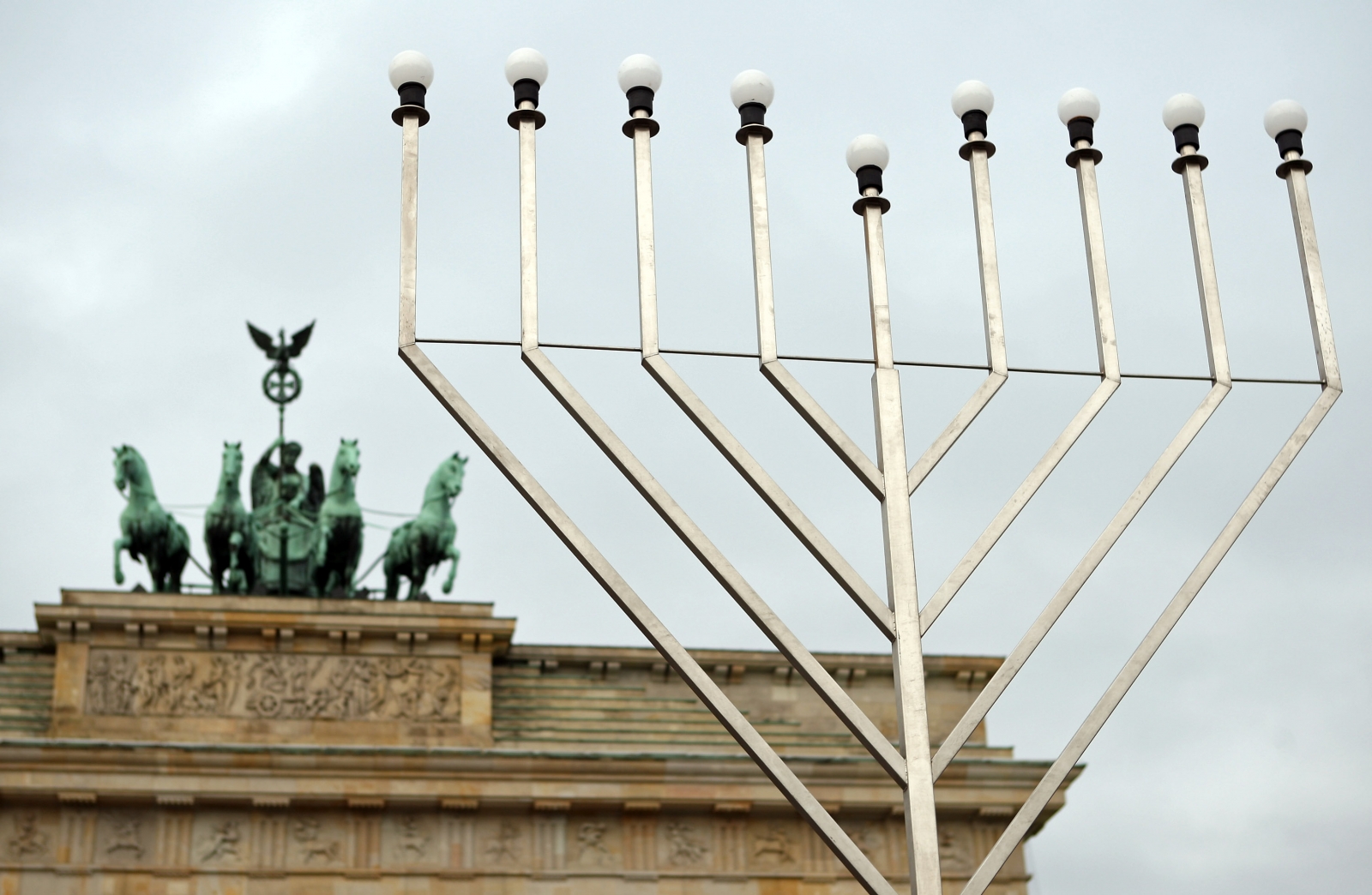 A large nine-armed candleholder, a Hannoukiah, or Menorah, stands ahead of the start of Hanukkah(Getty)
Hanukkah, the Festival of Lights, is one of the main celebrations of the Jewish calendar, dating back two centuries before the beginning of Christianity.
With presents, games and food, the holiday begins on the 25th day of Kislev – the ninth month of the ecclesiastical year on the Hebrew calendar - and is celebrated for eight days.
This year, Hanukkah, or Chanukah, will start on Tuesday 16 December and end in the evening on Wednesday 24 December.
The holiday commemorates the Jews' struggle for religious freedom and also known as the Feast of Dedication, as the word Hanukkah means "rededication".

The festival marks the victory of the Israelites led by a group of Jewish warriors called the Maccabees, over the imperial power of Syria in 167 BCE.
When the Second Temple in Jerusalem was looted and serviced halted, Judaism was prohibited. In 167 BCE, King Antiochus ordered an altar to Zeus to be erected in the temple. Circumcision was banned and pigs were ordered to be sacrificed at the altar.
Led by the Judah Maccabee, or Y'hudhah HaMakabi meaning "Judah the Hammer", the Jewish rebellion that followed waged a war that spanned three years. 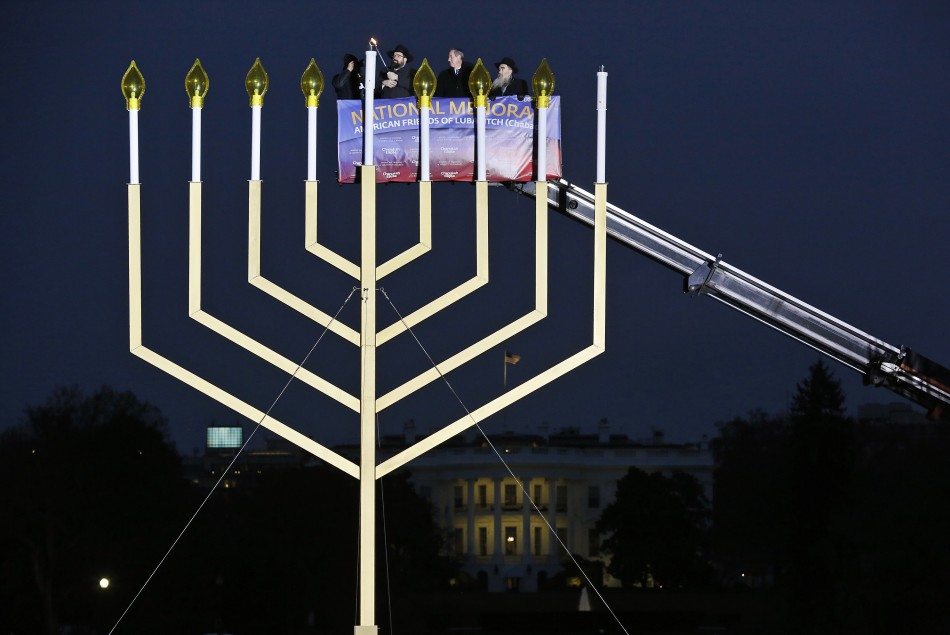 Menorah at the White House in 2013(Getty)
The Maccabees gained control of Jerusalem and when they rededicated the desecrated temple, they discovered a single container of oil with the seal of the high priest still intact.
According to the Talmud, pure olive oil with the seal of the high priest was needed for themenorah (hannoukiah), the nine-branched temple candelabrum which was required to burnthroughout the night every night.
Although there was only enough oil for one day, the candles stayed alight for eight days – the time needed to prepare a fresh supply of kosher oil for the menorah. Known as the miracle of the oil, it is now marked with an eight-day festival.

On the first day of Hanukkah, the first candle is lit on the menorah, and one is lit per day until the eighth night. They are lit from a separate candle, the shamash or servant candle.
During Hanukkah, Jews follow simple religious rituals in addition to their regular daily prayers from the Siddur, the Jewish prayer book.
Three blessings are recited during the eight-day festival. On the first night, they recite three and on subsequent nights they say the first two. The blessings are said before the candles are lit. Afterwards, they recite the Hanerot Halalu prayer and then sing a hymn.
The reason for the Hanukkah lights is not for the "lighting of the house within", but rather for the "illumination of the house without," so that passers-by should see it and be reminded of the holiday's miracle.
Since the 1970s, the worldwide Chabad Hasidic movement has initiated menorah lightings in open public spaces globally.
Related