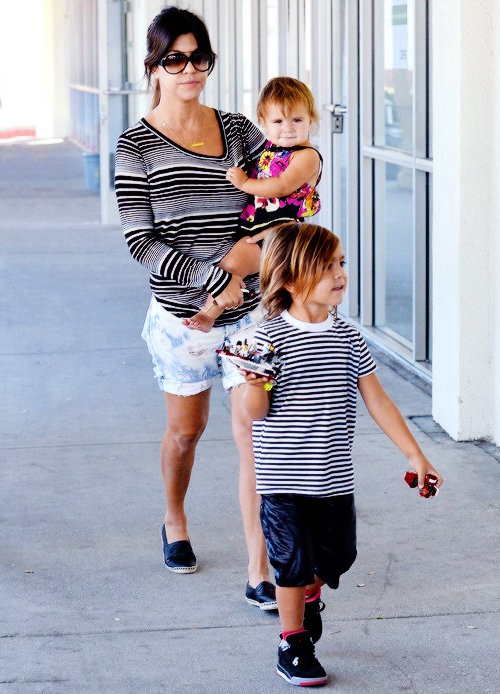 Kourtney Kardashian has become a mother for a third time.sweetkardashians/tumblr
Advertisement
Kourtney Kardashian has given birth to a boy.
The reality TV star's third child with her partner Scott Disick arrived on Sunday (14 December) the same day as her eldest son Mason who celebrates his fifth birthday.
A source close the family told E! News: "The family is freaking out with joy. What an amazing coincidence."
As well as Mason, the couple have a two-year-old daughter named Penelope.
Just a day earlier, The Keeping Up With the Kardashians star posted an image on Instagramof a doll lying in a crib, hinting that the baby's arrival was imminent,.
She captioned the picture: "Nap time! Someone's already using our new crib."
Earlier in the week, Kourtney's mother Kris Jenner told E! the new baby could arrive at any time. "We're days away. I may be going from here to the hospital," she said.
Just hours after the birth of her third child, Kourtney turned to Twitter to wish Mason ahappy birthday. 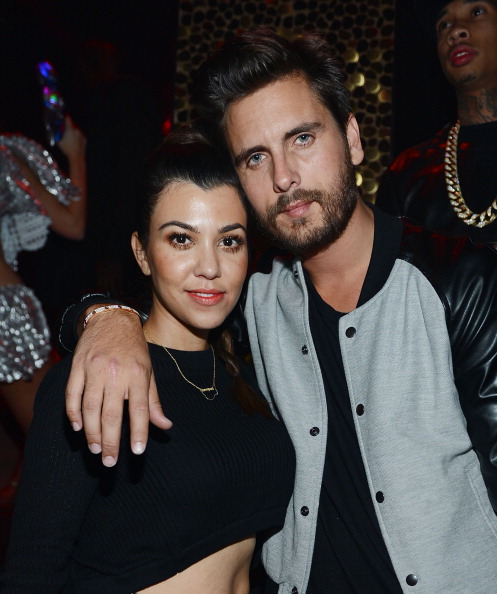 Kourtney and Scott Disick have welcomed a son.Getty
Posting a picture of the birthday boy giving the thumbs up, she wrote: "Happy birthday to the coolest little boy in the entire world. You teach me so much every single day and changedmy universe the second I met you. You have taught me what life is all about and I am truly blessed and honoured to be your mommy."
In a recent interview with Fit Pregnancy, the 35-year-old spoke about the experience of her third pregnancy.
She said: 'I love being pregnant in general. This time I'm more tired than I was the other times. I think it's because I'm always running around and working on different things. But I feel comfortable with how I look and feel. I find a pregnant body to be beautiful and an incredible reminder of what a woman's body is made to do."
Her long-term partner Scott Disick had initially expressed his apprehension at the news that he was due to become a father for the third time. Kourtney to said she feared her pregnancy had put pressure on her relationship.
Related