Skip to main content
August 16, 2015
Believe it or not, there are still some big-name movies from almost 30 years ago that might be able to withstand being brought back to life in the present day.
ADVERTISEMENT

5 Times Idiotic WWE Fans Became A Part Of The Action

Artist of the Day

ADVERTISEMENT
Mining past eras for current movie ideas is as much a Hollywood tradition as underrepresenting, underemploying and underpaying women and people of color in that industry.
That's why it's no surprise to see movie studios in full Marty McFly mode, traveling back to the 1980s to cherrypick cinematic classics to bring to the present. In fact, this summer sees the return of film franchises likeMad Max, Poltergeist and The Terminator. And each of those movies has tried to recapture its original magic in a different way, either by totally rebooting the intellectual property (Poltergeist), continuing the original story but recasting (Mad Max: Fury Road) or taking a little from column A and a little from column B by combining old and new cast members (Terminator Genisys).
But while filmmakers continue to pillage the Me Decade for film properties to restart, the pool of truly viable candidates is slowly dwindling. Does anyone besides Howard Stern really want to see the 21st century version of Porky's? Or a reimagined movie series based on the 1984 Dabney Coleman-Henry Thomas, video game-spy mashup Cloak & Dagger? (OK, I totally would pay money to see a C&D reboot, especially if Dabney Coleman was in it.) 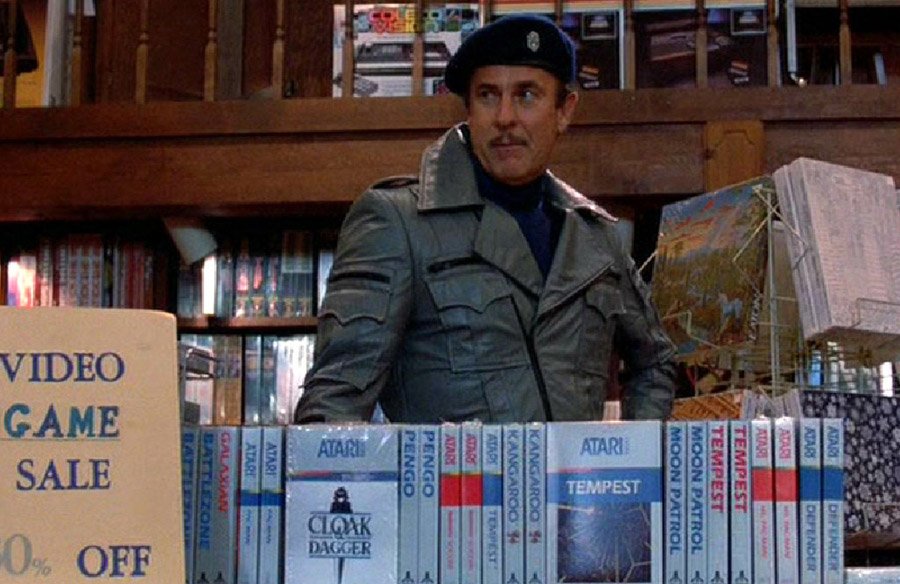 I'm not sure what's more distracting in this scene from Cloak & Dagger: seeing Dabney Coleman as an action hero or seeing a full display of Atari 5200 game catridges that includes Tempest, Pengoand Kangaroo. (Universal Pictures)

Believe it or not, there are still some big-name movies from almost 30 years ago that might be able to withstand being brought back to life in the present day. As a creative formula, Hollywood's uninspired habit of constantly recycling past entertainment glory is downright depressing and repugnant. But if there's one thing Mad Max: Fury Road has taught us this summer (besides the fact that every good warlord needs a traveling kettle drum corps and fire-spewing guitarist), it's that some of these old dogs can still pull off some impressive new tricks.

Here's a look at six classics from the '80s that filmmakers should revive for the 21st century. 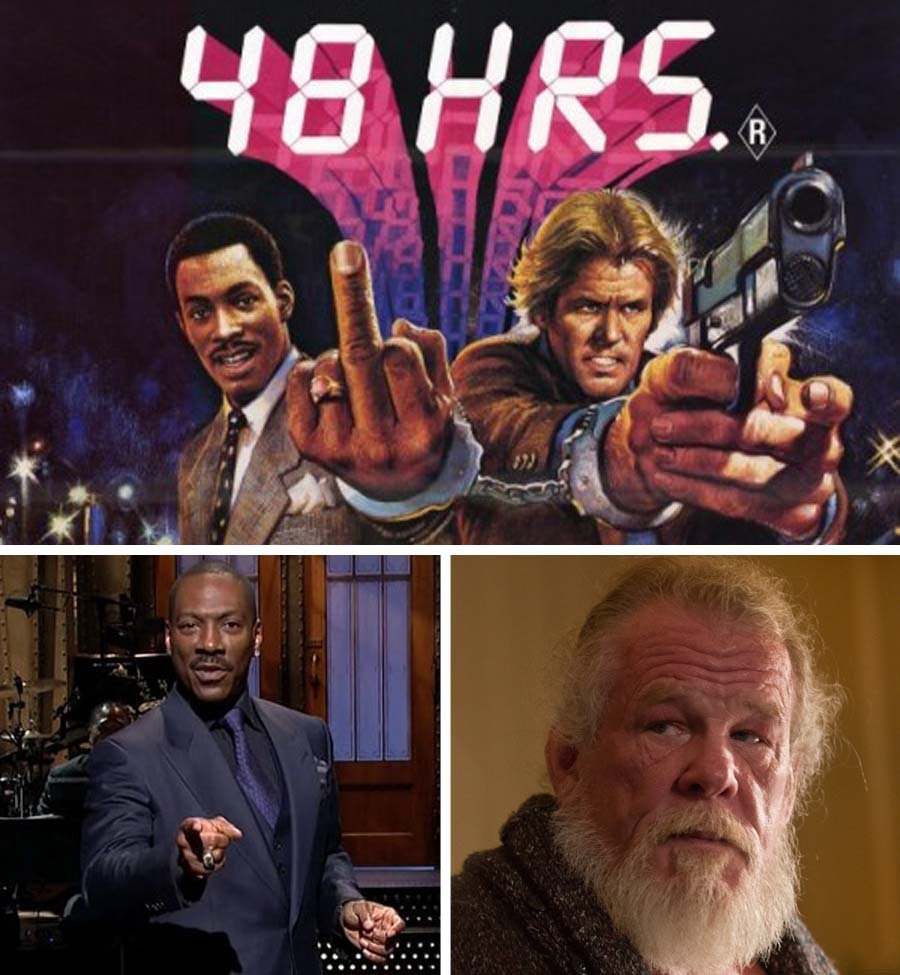 Older and crustier, Eddie Murphy (left) and Nick Nolte could still recapture the magic they had in the original 48 Hrs. (Paramount Pictures; NBC; Warner Bros.)

Original Cast, Recast or Both? Bring back Nick Nolte and Eddie Murphy, as well as Walter Hill to write and direct it.
What's the Story? Jack Cates (Nolte) and Reggie Hammond (Muprhy) team up again, except this time the roles are reversed. Jack has 48 hours to clear his name in a police brutality case, and he needs Reggie's help. But Reggie's reluctant because he's not sure Jack's innocent. Forget the dreadful Another 48 Hrs., recapture the edge and humor of the first movie, have Nolte deliver at least one, great, gravel-y voiced monologue and give it the title The Last 48 Hrs. 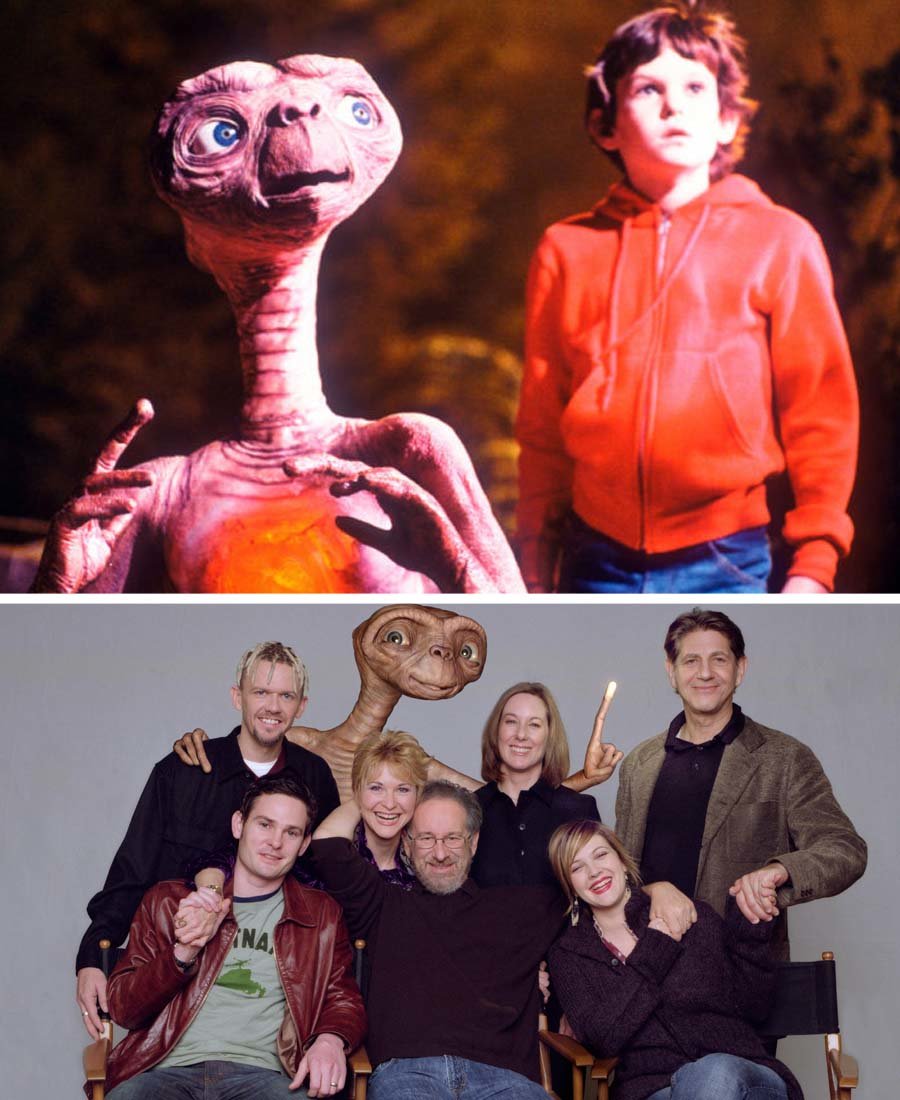 Original Cast, Recast or Both? Almost everyone connected with E.T. is still working in Hollywood today. Henry Thomas and Drew Barrymore have built great acting careers, and Dee Wallace, Robert MacNaughton and Peter Coyote can still deliver solid performances. Hell, bring back C. Thomas Howell and Erika Eleniak for kicks. Of course, this thing doesn't get made unless you put Steven Spielberg behind the camera.
What's the Story? E.T. returns to Earth to check in on Elliot (Thomas)and Gertie (Barrymore). Simple as that. If the first movie was Spielberg's attempt to process his parents' divorce, then this new film could be equally self-reflective, examining the adult director's fascination with nostalgia and childhood in his work. Two caveats, though: No computer-generated E.T., and no tie-in video game. Learn from the past.

E.T.'s alien race pops up in computer-generated form briefly in a scene from Star Wars: Episode I—The Phantom Menace (1999). It's not a good look. 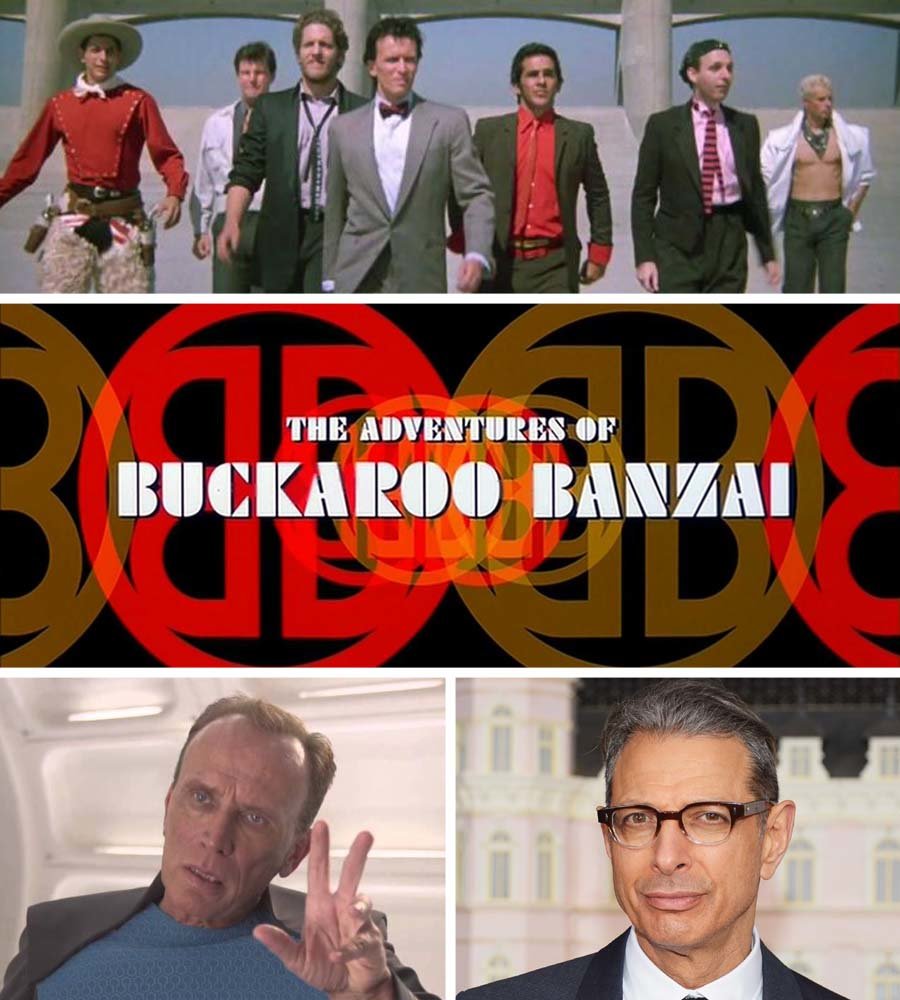 Say what you will about the 1980s, but men like Peter Weller (bottom left) and Jeff Goldblum knew how to dress. (20th Century Fox; Universal Pictures; Fox Searchlight)

Original Cast, Recast or Both? Both. While it's always a joy to see Peter Weller and Jeff Goldblum acting in anything, they are a bit long in the tooth for what is ostensibly an action franchise. Some new blood would be a good thing.
What's the Story? In case you're unfamiliar with the cult classic—full title, The Adventures of Buckaroo Banzai Across the 8th Dimension!—Buckaroo Banzai (Weller) is an adventurer, rock star, scientist, neurosurgeon, test pilot and worldwide celebrity. But unlike the current generation of crimefighting polymaths (I'm looking at you, TV Sherlocks), Buckaroo's talents don't come with a terminal case of dickishness. The new film would have Buckaroo passing the torch to his equally gifted daughter, Vaquera Shojo, and her new team of Hong Kong Cavaliers. Their mission: to foil the plans of the World Crime League and finally delivering the sequel promised during the end credits of the 1984 movie. 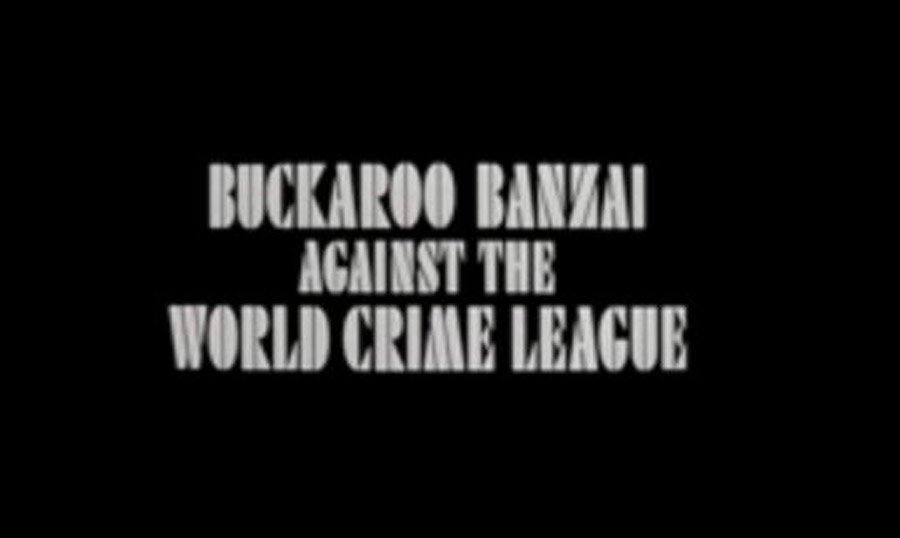 A dream deferred: the end credits of The Adventures of Buckaroo Banzai Across the 8th Dimension! (20th Century Fox) 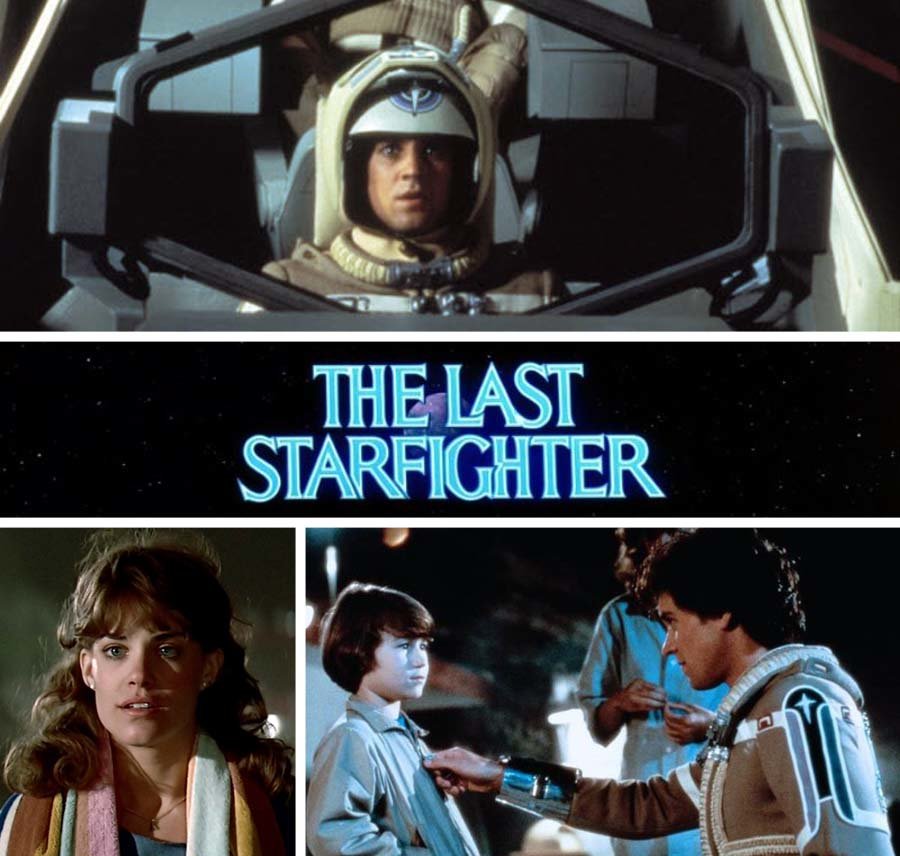 Original Cast, Recast or Both? Both. The original's stars, Lance Guest and Catherine Mary Stewart, need to return along with a diverse supporting cast of young, up-and-coming performers to play potential starfighter pilots.
What's the Story? Alex (Guest) might have destroyed the the Ko-Dan Armada, but Xur is still at large, threatening Rylos. Time for Alex to recruit the next generation of the Star League from Earth with the help of an online video game. 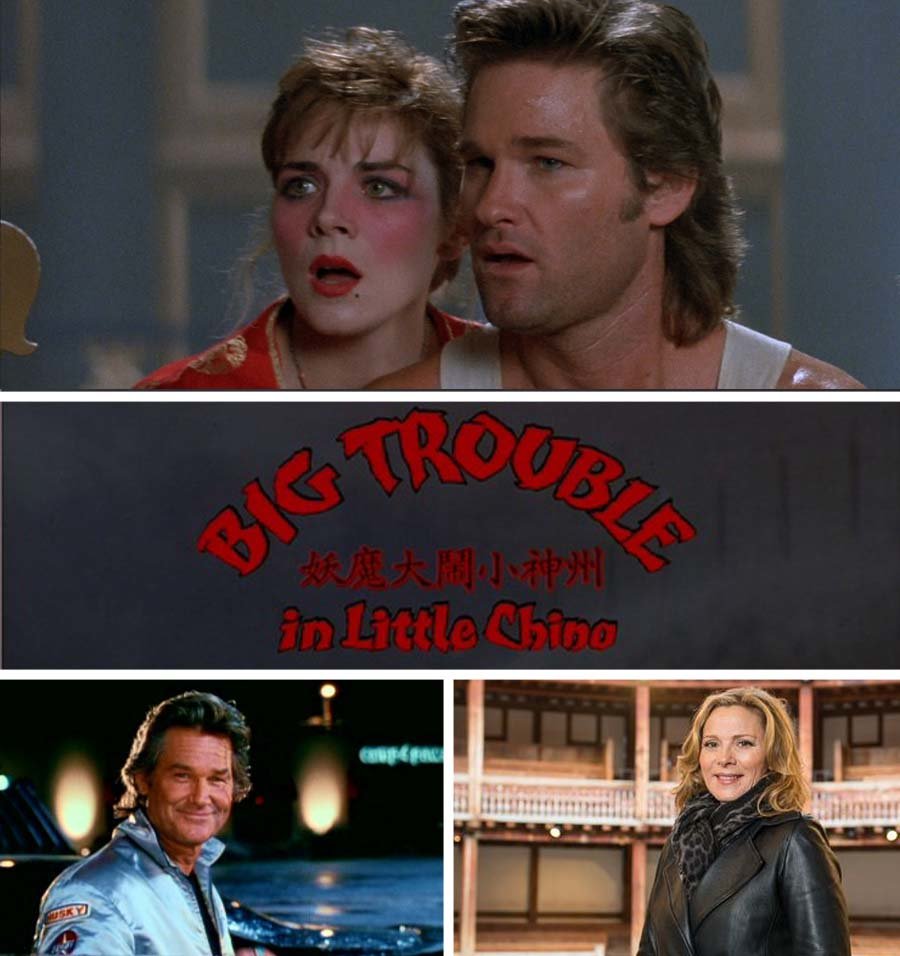 Can this be Kurt Russell's next gig after Tarantino's The Hateful Eight? It's not like Kim Cattrall's doing anything. (20th Century Fox; Dimension Films; PBS)

Original Cast, Recast or Both? There is no Big Trouble in Little Chinawithout Kurt Russell and writer-director John Carpenter. You can throw in Kim Cattrall, too, for fun.
What's the Story? Does it matter? Next to Snake Plissken from theEscape movies, Big Trouble's Jack Burton is the Carpenter-Russell creation fans have been clamoring to see on the big screen again. Any excuse to make that happen is acceptable. 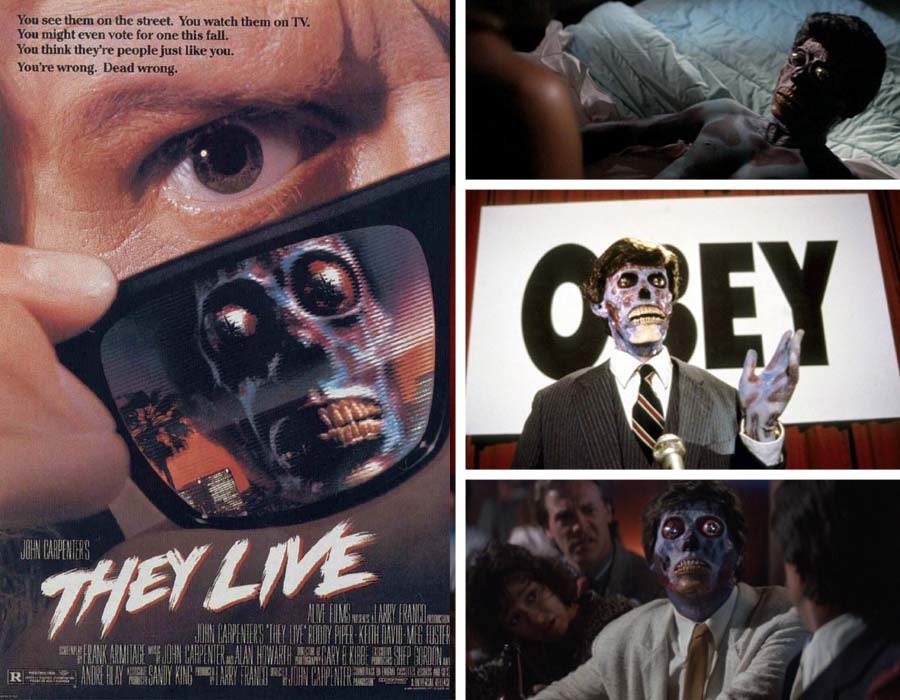 Two things a They Live redux needs to avoid: Redoing the classic, 10-minute alley fight and using the line, "I came here to chew bubble gum and kick ass. And I'm all out of bubble gum." (Universal Pictures)

Original Cast, Recast or Both? Recast to show more of the 1980s America overrun by aliens who love Reagan-era social policies and subliminal mind-control.
What's the Story? How do you continue when the original film's protagonists are—SPOILER ALERT—killed after they've revealed the alien takeover to the world? Pick up right where John Carpenter's 1988 movie left off (in this case, right at the scene when an unnamed woman finds out the sexual partner she's straddling between her loins is one, ugly alien) and show how humans fight back aganst their neo-Conservative overlords. Or the new movie could take an even darker, more depressing turn: Instead of rebelling, the majority of mankind actually decides they like living under the subliminal rule of Republicans from outer space and don't do a damn thing. Think of it as a fictionalized version George W. Bush's presidency, except the film's leaders would be better looking and less evil.