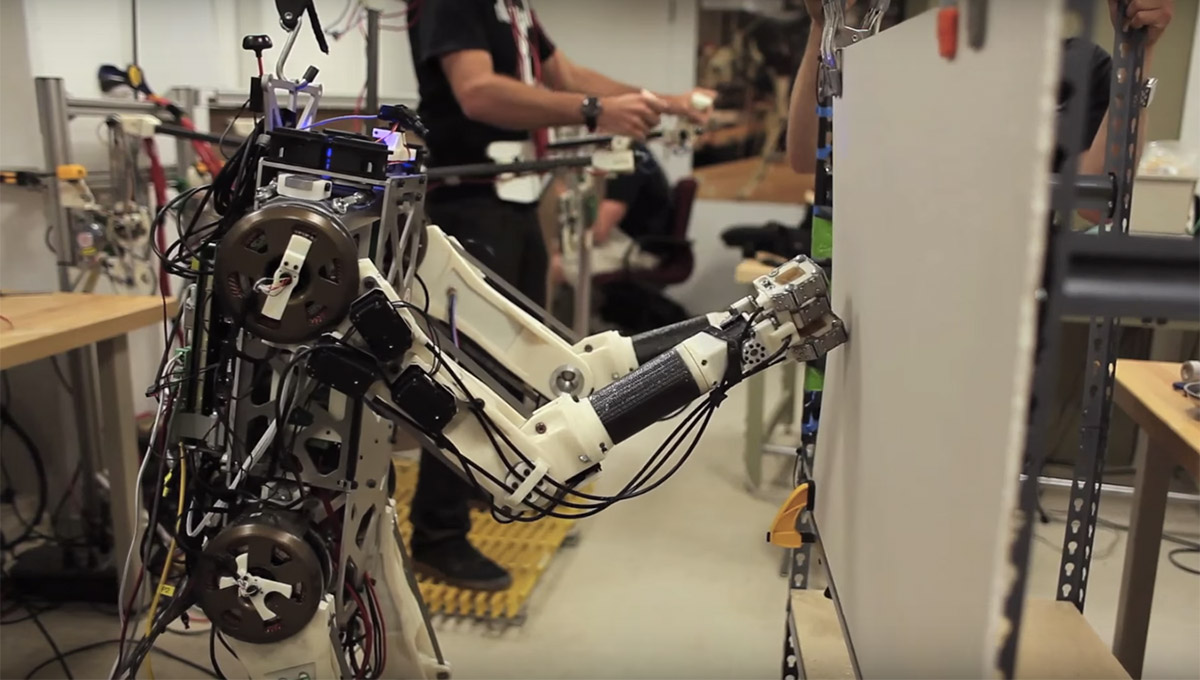 Based on what we've seen at DARPA's Robotics challenge finals, most humanoid machines are still stiff and hilariously clumsy. MIT's new robot named "Hermes," however,moves a bit more gracefully and has human-like reflexes -- because it's hooked up to a human controller. Think Pacific Rim, except Hermes isn't a giant robot and the pilot doesn't have to ride inside it, or Real Steel. The school's Department of Mechanical Engineering's creation can mimic its "master's" movements at the same time. For more delicate actions that require the use of its hands and fingers, the human has to use a joystick-like device.
As you'd expect, the machine is much stronger than humans and can be sent to dangerous locations for search and rescue operations. If its pilot can't follow it closely -- say, in places too toxic or dangerous for people -- he has to wear a heads-up display to see what it's seeing. The developers plan to give it "some level of autonomous control" in the future, though, perhaps to make sure it can still function in case its connection with the pilot gets severed.