How to Uninstall Modern Apps in Windows 10

How to Uninstall Modern Apps in Windows 10

Windows 10, like previous versions Windows 8 and Windows 8.1, come with some preinstalled Modern apps (earlier they were called Metro apps). These are Calculator, Calendar, Mail, Cortana, Maps, News, OneNote, Groove Music, Camera, etc. These apps are preinstalled to each Windows 10 user. Even if you remove these apps from Windows GUI, they will be installed to your account from the system account after the next update.
In this article we’ll show how to correctly uninstall standard Modern apps in Windows 10, and get some extra free space on your system drive.

The easiest way is to uninstall a Modern application from the renewed Control Panel integrated with Windows App Store.
To do it, click Start and go to Settings -> Apps and features . In the list of apps, select the app to be uninstalled. Click Uninstall. 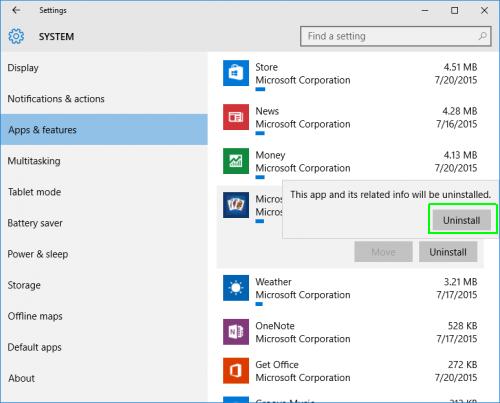 However, the majority of preinstalled Modern apps are protected and cannot be uninstalled this way. Uninstall button s not active for them. You can uninstall these applications only using Powershell.
Tip. If you completely uninstall a standard Modern app from the system, it will be difficult to restore it.

How to Uninstall a Certain Modern App in Windows 10

To uninstall a certain Modern app, you need to get a system name of this package. To do it, click Start and type PowerShell, then right-click it in the list of results and select Run as administrator. (You won’t be able to uninstall the app without the administrator privileges.) 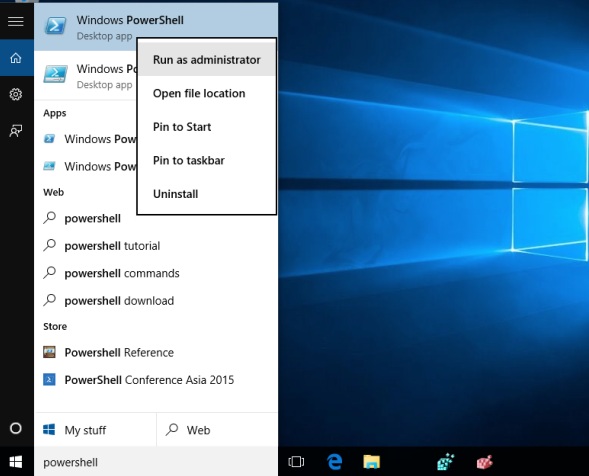 Display the full list of Modern apps installed in Windows 10 with this command:Get-AppxPackage -AllUsers 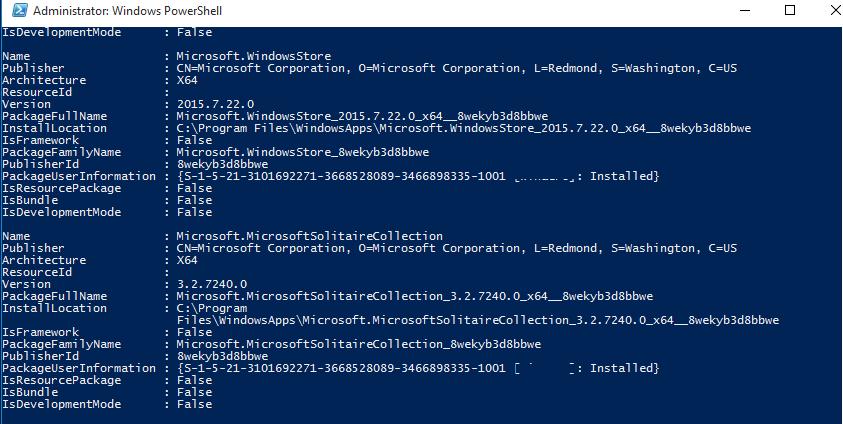 Tip. The results of the command can be saved as a plain text file to make it more convenient to view and look for the necessary package nameGet-AppxPackage –AllUsers>c:\data\modern_apps_list.txt
In the list of apps, find the app you want to uninstall. Suppose that we want to uninstall Solitare Collection. To do it, we’ll need the value of  PackageFullName field. In our example it looks like this:
Microsoft.MicrosoftSolitaireCollection_3.2.7340.0_x64__8wekyd3d8abwe

Copy the package name by selecting it directly in the command prompt window and press Ctrl + C.
Uninstall the app using this command:Remove-AppxPackage Microsoft.MicrosoftSolitaireCollection_3.2.7340.0_x64__8wekyd3d8abwe 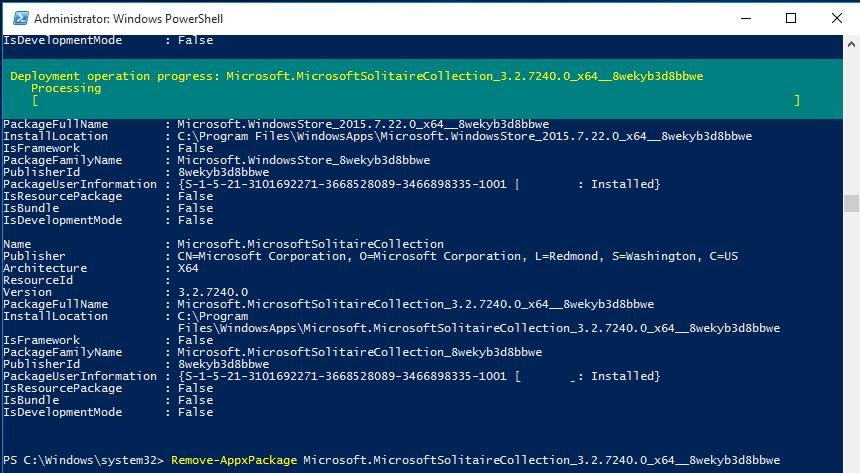 When running these commands, the actions are performed with the apps of the current user. If you have to uninstall the app for another system user, specify the parameter -User .
For instance, as follows:Get-AppxPackage -User test_user
Also, the app is uninstalled with the indication of the user name:
Remove-AppxPackage Microsoft.MicrosoftSolitaireCollection_3.2.7340.0_x64__8wekyd3d8abwe -User test_user
If you have to uninstall a certain app for all system users, specify the parameter -AllUsers

How to Uninstall All Windows 10 Modern Apps