Showing posts from June, 2017
Show all

Why do iPhone have lesser RAM than Android phones ?

Why do iPhone have lesser RAM than Android phones ? By Delwyn Pinto Why does the iPhone need so much less RAM than Android devices? When comparing an iPhone to other Android powered flagship phones, one thing that tends to stand out, is the significant difference in the RAM storage of the devices. As a result, most people conclude that iPhone needs less RAM or that Android apps hog storage space. But does Android really use more RAM than iOS ? RAM The first thing we need to establish here, is that we are not talking about storage space. Internal storage space of devices is many a times clubbed together with RAM storage when the specifications are listed. What we are talking about is Random Access Memory (RAM), the memory used by the CPU to hold and execute apps. Below is a comparison between the flagship devices of companies over the past few years. Year iPhone Samsung LG Other 2016 iPhone 7: 2GB iPhone 7 Plus: 3GB S7 & S7 Edge: 4GB G5:
Post a Comment
Read more

June 26, 2017
INDY TECH FACEBOOK COULD SECRETLY WATCH USERS THROUGH WEBCAMS, PATENT REVEALS Monitoring people's emotions would help the company keep them on the site for longer AATIF SULLEYMAN Thursday 8 June 2017 16:19 BST Facebook is considering secretly watching and recording users through their webcams and smartphone cameras, a newly discovered patent suggests. The document explains how the company would use technology to see how your facial expressions change when you come across different types of content on the site.  It would analyse those images to work out how you feel, and use the information to keep you on the site for longer. If you smiled as you looked at pictures of one of your friends, for instance, Facebook’s algorithm would take note of that and display more pictures of that friend in your News Feed. Another example included in  the patent application  explains that if you looked away from your screen when a video of a kitten pl
Post a Comment
Read more

June 20, 2017
Using Bitcoin to prevent identity theft System piggybacks on the digital currency’s security protocols to thwart hijacked servers. Larry Hardesty | MIT News Office May 23, 2017 Press Inquiries A reaction to the 2008 financial crisis, Bitcoin is a digital-currency scheme designed to wrest control of the monetary system from central banks. With Bitcoin, anyone can mint money, provided he or she can complete a complex computation quickly enough. Through a set of clever protocols, that computational hurdle prevents the system from being coopted by malicious hackers. At the IEEE Symposium on Security and Privacy this week, researchers from MIT’s Computer Science and Artificial Intelligence Laboratory are presenting a new system that uses Bitcoin’s security machinery to defend against online identity theft. “Our paper is about using Bitcoin to prevent online services from getting away with lying,” says Alin Tomescu, a graduate student in electrical engineerin
Post a Comment
Read more

June 17, 2017
6 Steps for Beating Depression By  Therese J. Borchard   Associate Editor   In his book,   “The Depression Cure: The 6-Step Program to Beat Depression without Drugs,”   author Stephen Ilardi argues that the rate of   depression   among Americans is roughly ten times higher today than it was just two generations ago, and he points the blame to our modern life-style. Everything is so much easier today than it was back when we had to hunt and gather. Why doesn’t the convenience translate into happiness? His book concentrates on six ways we’ve turned our back on the things that fight depression. I concur with him that the modern lifestyles contributes to the rise of depression, and I wholeheartedly support all six steps he offers. In fact, each one is included in my  12-step program  for beating depression. However, I am uncomfortable with his dismissal of medication, because that is such an important part of my program. He agrees that for those battling severe depression, anti
Post a Comment
Read more 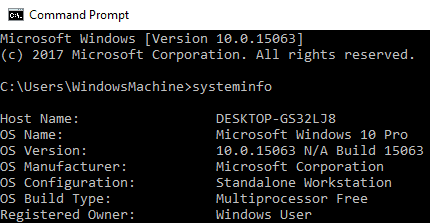 First entry: Welcome and fileless UAC bypass   winscripting.blog     Allgemein     src::https://winscripting.blog/2017/05/12/first-entry-welcome-and-uac-bypass/ Hello world, welcome to my blog about Windows and scripting in Windows. This is my first entry and I would like to start with a post about an UAC bypass which I found. I’m a German student and began reading a lot of things about User Access Control (UAC) bypasses for my master’s thesis and I started investigating my own system environment. A few days ago, I found an UAC bypass I want to share with you. Please note: It is a proof of concept and is not intended for illegal usage. Tested on: Windows 10.0.15063 Tested on Windows 10.0.15063 Attack vector: fodhelper.exe Preconditions:  The current user is member of the local administrator group The operating system is Windows 10 Implementation: Fodhelper.exe was introduced in Windows 10 to manage optional features like region-specific keyboard settin
Post a Comment
Read more

June 16, 2017
AKTAION V2 - OPENSOURCE MACHINE LEARNING AND ACTIVE DEFENSE TOOL Aktaion is a machine learning open source & active defense (orchestration) tool. It is on its first iteration. The tool focuses on the detection of ransomware based on machine learning techniques, independent of static-based signatures. The tool has been mentioned and featured in may respected community publications and research. On AKTAION v2 we decided to expand our approach utilizing the blending of multiple signals which we call micro behaviors to expand tool detection into PHISHING URI/URL attack delivery. see more tools @ https://www.blackhat.com/us-17/arsenal/schedule/
Post a Comment
Read more

Advanced CIA firmware has been infecting Wi-Fi routers for years 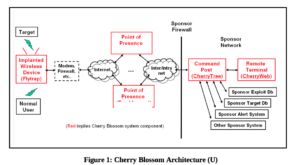 source::https://arstechnica.com/security/2017/06/advanced-cia-firmware-turns-home-routers-into-covert-listening-posts/ Home routers from 10 manufacturers, including Linksys, DLink, and Belkin, can be turned into covert listening posts that allow the Central Intelligence Agency to monitor and manipulate incoming and outgoing traffic and infect connected devices. That's according to secret documents posted Thursday by WikiLeaks. CherryBlossom , as the implant is code-named, can be especially effective against targets using some D-Link-made DIR-130 and Linksys-manufactured WRT300N models because they can be  remotely infected even when they use a strong administrative password . An  exploit code-named Tomato  can extract their passwords as long as a default feature known as universal plug and play remains on. Routers that are protected by a default or easily-guessed administrative password are, of course, trivial to infect. In all, documents say CherryBlossom runs on 25 router m
Post a Comment
Read more
More posts