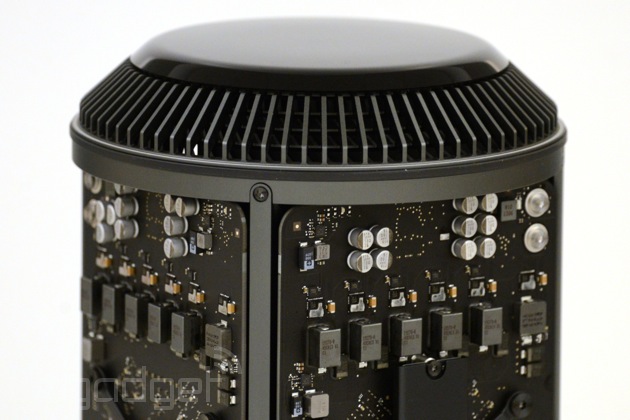 AMD and Intel have been in a race to stuff their highest-end processors with as many cores as possible, and it appears that this one-upmanship isn't about to end any time soon -- much to your advantage. As Macworld UK notes, Intel is close to releasing a new range of Xeon E5 processors where more cores (and thus more parallel computing power) is par for the course. According to ChipLoco's leaked roadmap, even the lowest-spec chips start with six cores versus today's four; the best model touts a whopping 18, which should help heavy-duty systems juggle a huge number of simultaneous workloads.
You may get to see this new Xeon in action, too. The new E5 is expected to launch on September 9th in Dell Precision workstations, and it's also a direct upgrade to the chips used in the Mac Pro. Sadly, you likely won't find an 18-core desktop in an Apple Store any time soon -- that processor will be too hot and power-hungry -- but it's entirely possible that a 14-core Mac will show up. Whichever platform you prefer, you shouldn't have to wait for much longer for a dream 4K video editing rig.