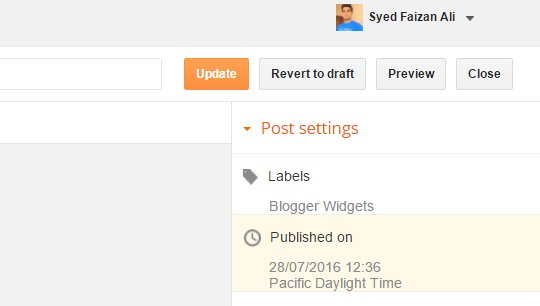 Blogger is being used by many people for different reasons. Some use it for blogs, whereas others use it for business purpose. When you publish a new post or story, often times you might need to make updates in the future. In this article, we will show you how you can display last modified or updated date to let your users know when your post was last updated. We will highlight how to display last modified date of your post in Blogger. Why to Display Last Modified or Updated Date in Your Posts: If you posted an article or a post on June 19, 2016 and five days later you found out there was an update to the story. You can simple edit the article, and it will show you the last modified or updated date June 24, 2016. Readers always like recent content they do not want to read old out-date stories. Therefore, showing last modified date would certainly add more credibility to your site. It also helps search crawlers and also helps a bit in search engine rankings How to Display Last Modi
Post a Comment
Read more 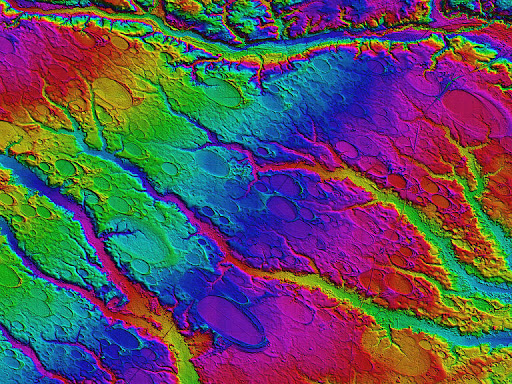 New Sensor Brings LIDAR Vision to Tiny Microchips ​The sensors, created by MIT, would cost only $10 each to produce. By  Sophie Weiner A topographic map of Rex, North Carolina, created using LIDAR. The different colors indicate the elevation. Michael Davias LIDAR, a method of detecting and mapping environments using light, is a lot like radar on steroids. LIDAR sensors bounce laser beams off the world around them. The wavelengths of light are about100,000 times smaller than radio waves, so the competition in detail isn't even close. LIDAR is currently used in robots, which need to be able to assess an environment in detail to make choices about movements. Autonomous vehicles like self driving cars and drones also use the technology. Right now, LIDAR systems can cost between $1,000 and $70,000 each and are rather bulky, mechanically swiveling the laser to scan the environment. But a new invention from engineers at MIT Photonic Micr
Post a Comment
Read more

August 10, 2016
Usha Dahal Women, Girls and Child Rights Activist/Trainer I behold my dream till it becomes an eternal Upholding uncountable wishes to fulfill I carve my sword with a sharp chisel Chopping thousands of ideas to kindle But the gentle breeze changed into a hurricane & the papers with letters of my tranquil words flew away   Though I’m suffering from demo phobia Grown up with xenophobia Mashed up with hematophobia I don’t mind, Whether you call me a victim of lalophobia Or connect me with a lot more other phobias But I do mind, If you force me to live your dream again Because I too have my own dream I don’t have the valor to bargain Without saying a word I can’t win But, you know! I have a phonophobia   I’m a pacifist How can you drag me in a politics? Don’t you think me as dumb as a statue? You haven’t dug an inch to find water of my well My heart is as brave as Achilles & as boundless as the ocean But yours!  Yours
Post a Comment
Read more
August 10, 2016

5 Things I’ll Make Sure My Daughter Knows In The Face Of Our Unsure World Jennifer Landis on  FAMILY COMES FIRST I am writing this on the eve of my daughter’s second birthday. Current mood: #allthefeels. Becoming a mother has changed my life in ways I never imagined. I spawned a tiny human with the same infectious laugh as my husband, the same perfectly round cheeks as my sister-in-law and the same beautiful blue eyes that I see every time I look in a mirror. Watching my daughter grow is a beautiful, magical thing, but I can’t help but worry because I want the world that she lives in to be one where she is loved, and above all, safe. With this  ridiculous circus of an election ,  rape being at the forefront  of the 24-hour news cycle and a seemingly unending string of terrible, horrible, no good, very bad news, I feel like the future is so precarious. As a mother, that is downright terrifying. Of course, at 2 years old, the bulk of the conversations I h
Post a Comment
Read more
More posts