ADVERTISEMENT
English boy Olly Murs teamed up with Demi Lovato for his new single “Up” and the duo just released the music video.
Demi looks flawless in the video as she croons over a lover she doesn’t want to give up on. Both of them are heartbroken, but decide to fight for their love because it’s “heading in the same direction, and that’s up.”
At the end, after being separated by a literal wall, the two take the bricks away and find each other again. Watch it below. 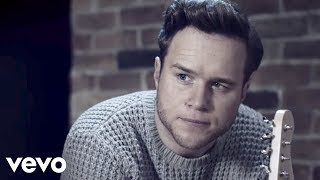