SEOUL | BY JU-MIN PARK AND JAMES PEARSON
North Korean leader Kim Jong Un ordered his troops onto a war footing from 5 p.m on Friday after his government issued an ultimatum to Seoul to halt anti-Pyongyang propaganda broadcasts by Saturday afternoon or face military action.
South Korean Vice Defence Minister Baek Seung-joo said it was likely the North would fire at some of the 11 sites where the loudspeakers are set up on the South's side of the Demilitarised Zone (DMZ), which separates the two countries.
Tension escalated on Thursday when North Korea fired shells into South Korea to protest against the broadcasts. The South responded with a barrage of 29 artillery shells.
Both sides said there were no casualties or damage in their territory, an indication that the rounds were fired as warning shots and not intended to inflict harm.
Neither side wants escalation into war, analysts said.
"The fact that both sides' shells didn't damage anything means they did not want to spread an armed clash. There is always a chance for war but that chance is very, very low," said Yang Moo-jin, professor at the University of North Korean Studies in Seoul.
Since the 1950-53 Korean War ended in a truce, not a peace treaty, Pyongyang and Seoul have often exchanged threats and dozens of soldiers have been killed, yet the two sides have always pulled back from all out war.
But the renewed hostility is a further blow to South Korean President Park Geun-hye's efforts to improve North-South ties, which have been virtually frozen since the deadly 2010 sinking of a South Korean navy ship, which Seoul blames on Pyongyang.
Park canceled a scheduled event on Friday and made a visit to a military command post, dressed in army camouflage.

SOUTH SAYS WON'T STOP BROADCASTS
The North's shelling came after it had demanded last weekend that South Korea end the broadcasts or face military action - a relatively rare case of following up on its frequent threats against the South.
Its 48-hour ultimatum to halt the broadcasts, delivered in a letter to the South Korean Defence Ministry via a joint military communications channel, was also uncharacteristically specific. The deadline is around 5 p.m. (0400 EDT) on Saturday in Seoul.
Seoul began blasting anti-North Korean propaganda from loudspeakers on the border on Aug. 10, days after landmine explosions wounded two South Korean soldiers along the DMZ, resuming a tactic that both sides had stopped in 2004.
North Korea on Monday began conducting its own broadcasts.
Baek told parliament the South's broadcasts would continue unless the North accepted responsibility and apologized for the mines. Pyongyang has denied it was responsible.
"There is a high possibility that North Korea will attack loudspeaker facilities," Baek said.
In the North, Kim would put his troops on a "fully armed state of war" starting from 5 p.m. and had declared a "quasi-state of war" in frontline areas, Pyongyang's official KCNA news agency reported.
There were indications the North was preparing to fire short-range missiles, the South's Yonhap news agency said, citing an unnamed government source. The North often fires rockets into the sea during annual U.S.-South Korean military exercises, which are currently under way.
RARE ULTIMATUM
Pyongyang's declaration of a semi-state of war was its first use of such terminology since the North shelled a South Korean island in 2010, Yonhap said. Two South Korean marines and two civilians were killed in that incident, which followed another ultimatum delivered by the North.
The precise nature of the latest ultimatum was a bit unusual, said John Delury, a North Korea expert at Yonsei University in Seoul.
"North Korea is a constant font of generalized threats, but putting a time stamp on it is a little bit different. It puts both Seoul and Pyongyang's necks on the chopping board. Someone has to blink here," he said.
South Korea's won currency KRW= and shares .KS11 fell as the heightened tensions added volatility to markets already hit by concerns about the global economy.
The U.S. military, which has 28,500 personnel based in South Korea, said it was closely monitoring the situation.
Washington earlier urged Pyongyang to halt any "provocative" actions in the wake of Thursday's exchange of fire, the first between the two Koreas since last October.
Daniel Pinkston of the International Crisis Group think tank said the large U.S. troop presence in the South for the military exercises could reduce the risk of escalation.
"This is a bad time to pick a fight with the South while it has all these resources there," he said.
Fishing was suspended around three South Korean islands off the west coast. Most of the nearly 800 South Koreans ordered to leave their dwellings near the border on Thursday had returned, although one village remained evacuated, local officials said.
Morten Traavik, a Norwegian who organized a two-show visit to Pyongyang by Slovenian avant-garde rock band Laibach, said people were going about their business as usual in the North Korean capital.
"There have of course been news bulletins on North Korean television announcing the North Korean military's pretty bombastic statements," Traavik said by phone.
(Additional reporting by Choonsik Yoo and Hooyeon Kim; Writing by Tony Munroe; Editing by Dean Yates and Jeremy Laurence) 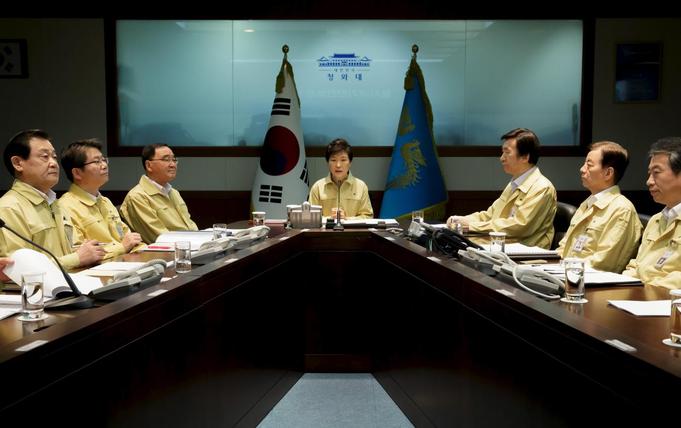 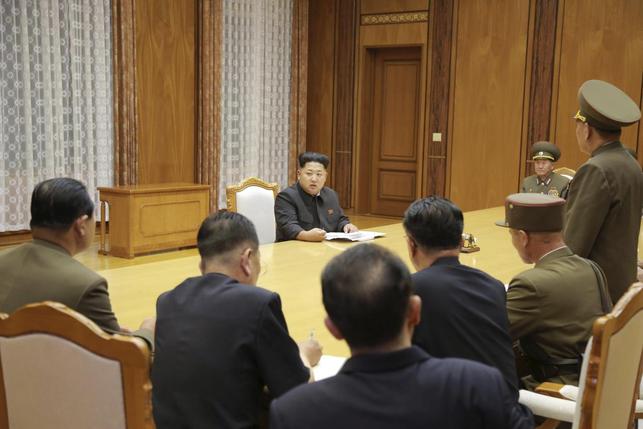